I generally read books for information and acquiring skills, but when I get time I like to read YA adventure books for relaxation.
— feeling amazing In the distant past I studied Irish and British myths for a prophetic book for the Millennium. What I discovered became the basis of Mihte's Quest: Kids in the Underworld.

We are all used to the Arthurian tales, probably not the Irish invasion of The Tuatha De Danann. Yet both sources are very similar. In fact they are not about King Arthur or Irish history at all, but the solar cycle of the druids. It is about how the druids thought the world worked and is religious doctrine.

This provided a wonderful premise for a YA novel and an ever larger series of books.  Mihte's Quest: Kids in the Underworld was pub. in 2008. Initially we called the main character Jack, which is now Lucas (one of the common names derived from the hero Lugh still in use).

Mihte's Quest: Kids in the Underworld tells the story of how Lugh returns to the Underworld in winter and establishes his claim to be the fairy king and free his wife to be. This is a medieval and Irish interpretation of fairies. The best I can suggest is on a range between tricksters to angels. This has given way to the award winning film script Quest for Mihte Lugh which is currently in pre-production

Mihte's Challenge the second book, tells how Lugh gains confidence to control his powers. It charts a journey with his brothers from the Oracle (stone of destiny) to the place of his kismet. It is described in the award winning film script Journey to Nowhere. The second part of the book considers the obstacles he faces and the courage he builds. Battle hardened he has to face his grandfather Balor in a battle to the death. A marvellous display of supernatural powers aid by the lessons he learn from his uncle. We learn about Assal his amazing spear. The second section is expressed in the screen play script Mihte's Challenge and the spear of destiny

Mihte's Return Arthur Unmasked. The third book in the series charts Lugh's return to the human world and the dangers faced by humans from ET's. Again with his brothers and his inconsistency horse Embarr they have to call the underworld army and druids to see off the threat at Stonehenge. We also learn about his amazing sword Excalibur. Yes the same one from King Arthur.

Who saves the world every year for you to enjoy The Development of the Mighty Mihte Lugh Book Series Mihte's Quest was first published in 2008

Mihte's Quest is the story of an ancient pan-Northern European hero called Lugh (viz. the shining).  The book encompasses the earliest period of Lugh’s life.

Lugh is born at the winter equinox. His father Cian (the ancient), representing the previous summer saves him. Lugh remains hidden until he is strong enough to fight and defeat winter. At this point, our contemporary story starts. He is the human world considers him deranged, a fantasist. As soon as he is abducted and arrives in the Fairy World he starts a rights of passage journey on the road of realisation and discovery. 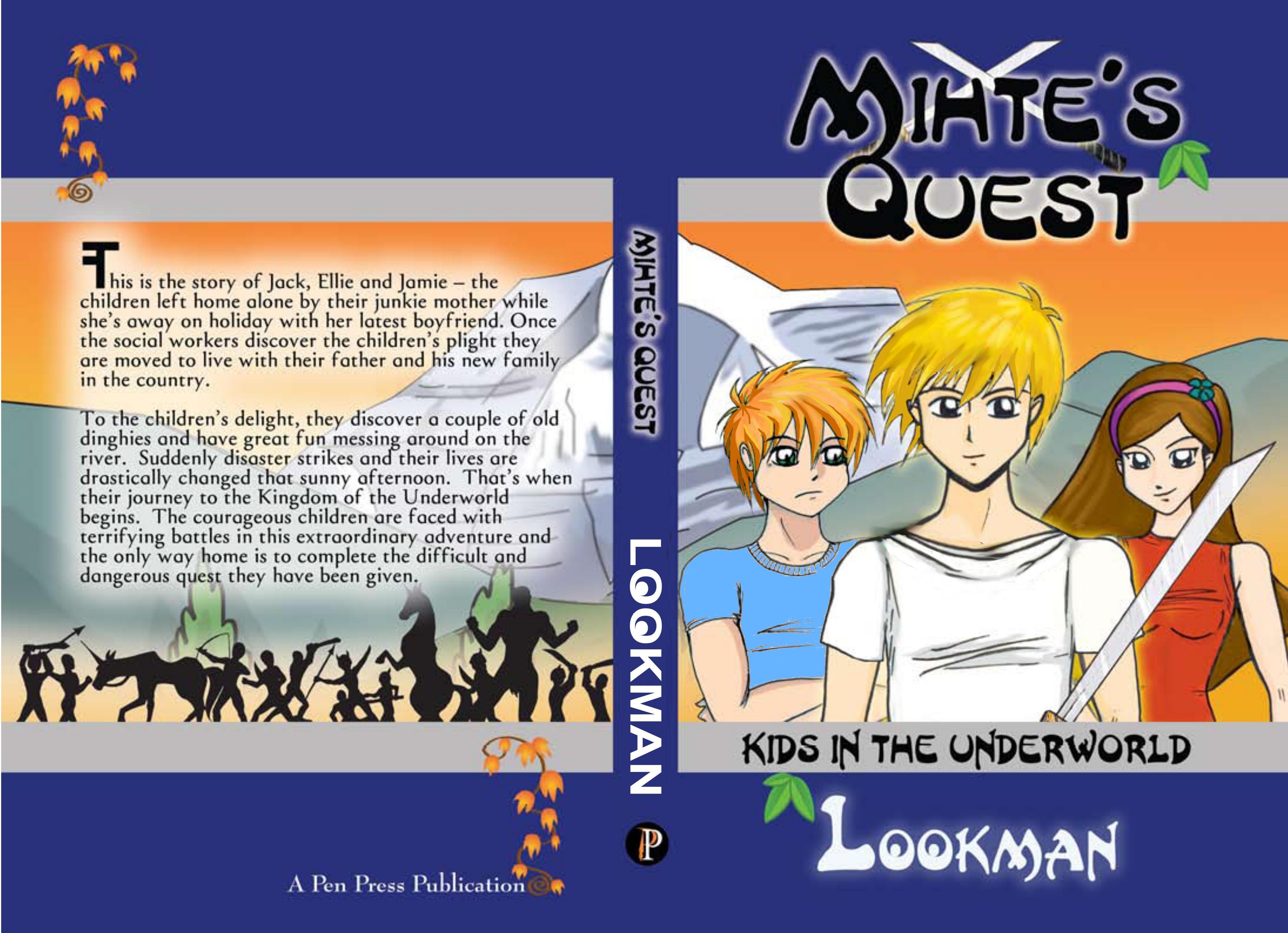 Pen Press published Mihte's Quest in 2008.This book was only available for over year before it was withdrawn from print to reclaim its Intellectual Property rights. Around this time an agent for ABC television (Disney) in LA had shown interest in the book. The had hoped to make a television film. They thought it a fantastic story, but too dark for an American TV channel.

Mihte Lugh the Shining One We immediately commenced production of a television pilot with an Indian studio. A children's television pilot was released  in 2013 and exhibited at Kidscreen Summit in New York, C.M.C., Sheffield, England, and MIP Junior, Cannes, France. It has attracted quite a following from cash strapped public broadcasters, especially in Europe.

We recently released the first three books in the Mihte Lugh book series as part of a plan to produce a full length animated movie for theatrical release. The books continue the maturation of Lugh who eventually become the King of the Fairies representing the sun.

With international co-production partners we hope to have the film released in several years time.